A guide containing general, and some specific, resources for primary source research in history and the humanities. Many links go to open-access websites anyone can use. 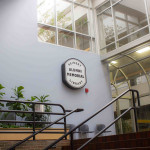