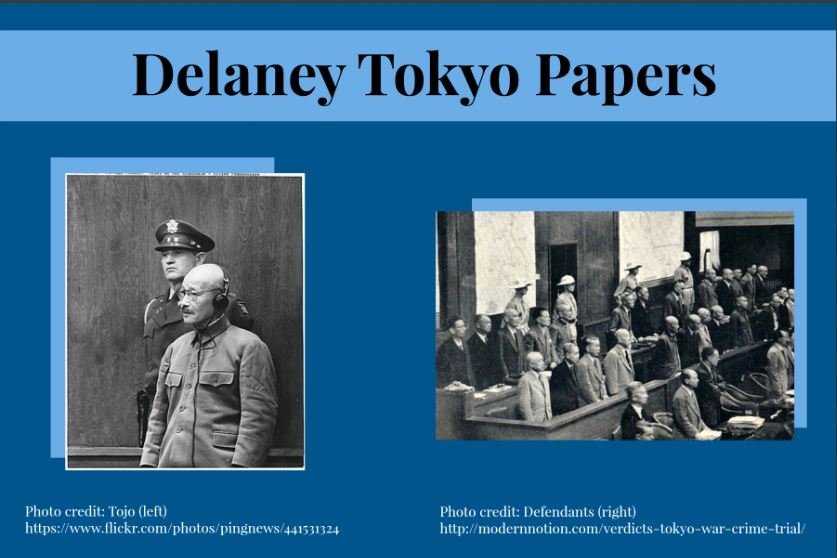 The International Military Tribunal for the Far East (IMTFE), also known as the Tokyo Trials or the Tokyo War Crimes Tribunal, was in session from April 29, 1946 to November 12, 1948. It was established to try Japanese military and government officials for crimes against peace, crimes against humanity, and war crimes during World War II. Twenty-eight defendants were charged with waging aggressive war, inhumane treatment of prisoners, and crimes against humanity. Judges for the Tribunal were sent from eleven allied countries: Australia, Canada, China, France, the United Kingdom, India, New Zealand, Holland, the Philippines, the Soviet Union, and the United States. Sir William Webb from Australia served as President of the Tribunal. American Joseph B. Keenan, a former assistant to the U.S. attorney general, was the chief prosecutor.

The legacy of the IMTFE (Tokyo), like the IMT (Nuremberg) before it, is important for the establishment of post-conflict justice as a norm of international law. Prior to the Second World War, defeated militaries and governments were at the mercy of victorious forces who may or may not have carried out severe forms of justice – often without adequate or tested facts upon which to base their judgments. The decision by Allied powers to prosecute Imperial Japanese and Nazi war leaders for their crimes against peace and humanity was a turning point in international law and the jurisprudence that emerged from those international tribunals gave birth of a new field of public law – international criminal law. That field, now 70 years old, is used today to prosecute similar defendants at tribunals in The Hague and around the world.  Without the IMTFE and IMT, the groundwork for today’s justice against dictators, war leaders, and despots would not have been laid.

This collection of papers from the Tribunal was originally owned by Thomas Ronald Delaney (Creighton Law '30) and came into his possession during his participation as part of the Tojo prosecution team during the International Military Tribunal of the Far East from 1947-1948. He donated the papers to the Creighton School of Law Library in August 1985.