Where to locate these books

These types of books are usually located in the Upper Reading Room on the coffee table. If you see a title here that you cannot find, please ask at the Circulation or Reference Desk. 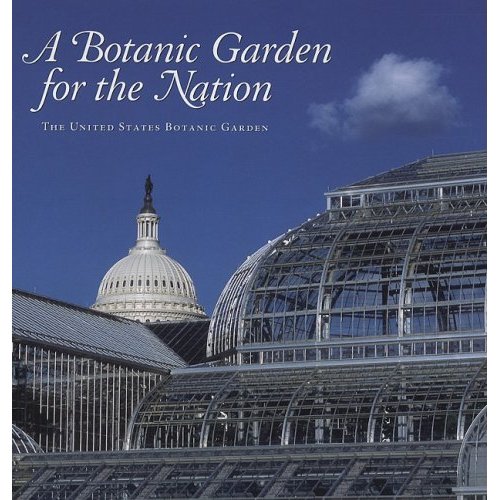 This beautifully illustrated book presents the first comprehensive look at the U.S. Botanic Garden in Washington, D.C.  Through historical documents and coloful photos, A Botanic Garden for the Nation tells an important story about this special place.

The story begins in 1796 with the support of George Washington, who believed a Botanic Garden would be a significant addition to the capital.  Along with other early leaders, including Thomas Jefferson and James Monroe, Washington understood the value of plants for the health and economic well-being of the nation, a message that still resonates today.

Through sumptuous photographs, A Botanic Garden for the Nation offers a tour of the Conservatory, starting with the formal Garden Court, with its foundations and special flower collections, and continuing through every plant environment, including the lush Jungle, colorful Orchid House, and spare World Deserts.  The engaging text explores ecosystems and reveals details about interesting plants and plant collections.

Law in America: An Illustrated Celebration 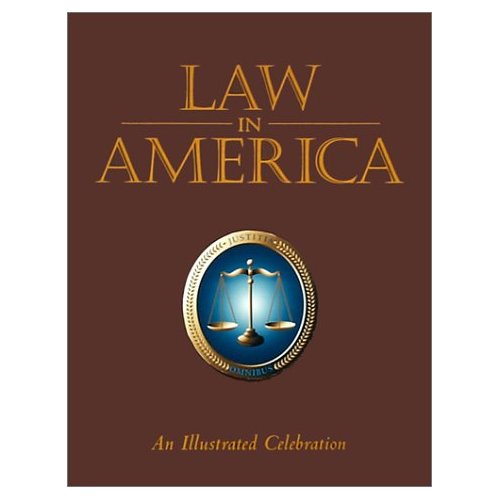 The ability to adapt to the continual changes necessitated by American freedoms is one of the hallmarks of the American justice system. Law in America celebrates the history of this complex, ever-shifting process, detailing landmark cases, famous trials, and the influence of the media, as well as chronicling how popular culture has viewed lawyers and the judicial system over the last 250 years. The authors also profile individuals who have interpreted existing law and carved out new legal frontiers. Generously illustrated throughout, Law in America features images of the evolution of courthouse architecture; engravings and paintings depicting the legal system at work by artists including Thomas Hart Benton, Jacob Lawrence, John Singleton Copley, and Norman Rockwell; photographs and portraits from landmark cases and decision makers; and famous newspaper headlines, political cartoons, and movie stills. Includes 180 color and black-and-white photographs and illustrations. 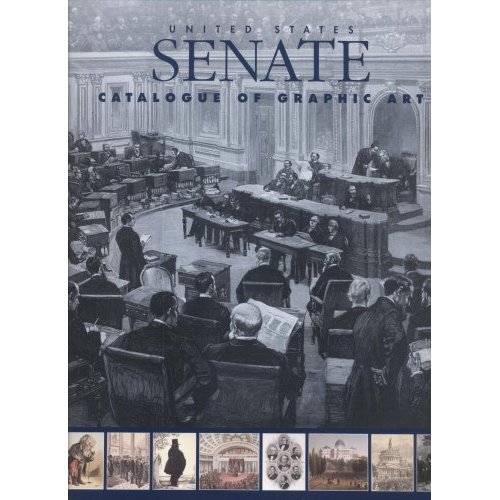 The Senate maintains a collection of over 900 historical prints and engravings.  This collection contains a rich array of 19th and early 20th century images portraying the events, people, and settings of the U.S. Senate. This book is about that collection. 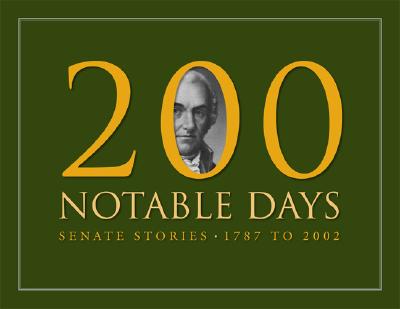 Included are 200 stories, with over 200 four-color illustrations, presented in album-style to enlighten, inspire, amuse and inform.  When read collectively, the stories provide clear impressions about the forces, events, and personalities that have shaped the Senate of the 21st century. 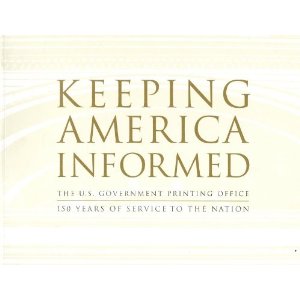 For 150 years, U.S. Government Printing Office (GPO) has produced the digital documents of democracy crucial to an informed citizenry. Keeping America Informed: the U.S. Government Printing Office, 150 Years of Service to the Nation, published to mark GPO's 150th anniversary as a Federal agency, tells the story of this unique organization through a readable and concise narrative and numerous historic photographs, many of them never before published.

This handsome new volume provides a panoramic view of GPO, which opened its doors for business on March 4, 1861, as Abraham Lincoln was inaugurated as the 16th president of the United States. After a description of the previous history of “publick printing” and the founding of GPO, Keeping America Informed covers the agency's physical and technological growth in the Gilded Age, its reform during the Progressive Era, and its crucial role in supporting the Government's efforts to grapple with the Great Depression and two world wars.

Post-World War II, the book describes GPO's transition from traditional printing to the digital technology of today. It also highlights the hugely significant role the agency has played in the dissemination of federal Government information through its publications sales and Federal depository library programs.

Much of the information in Keeping America Informed is new, the product of the latest research into GPO's history. Above all, its authoritative text and unique images depict the enormous contribution of its employees, past and present, to the well-being of the American people and nation. 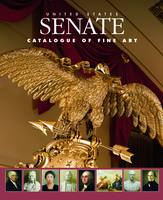 Highlights 160 works of fine art in the Senate 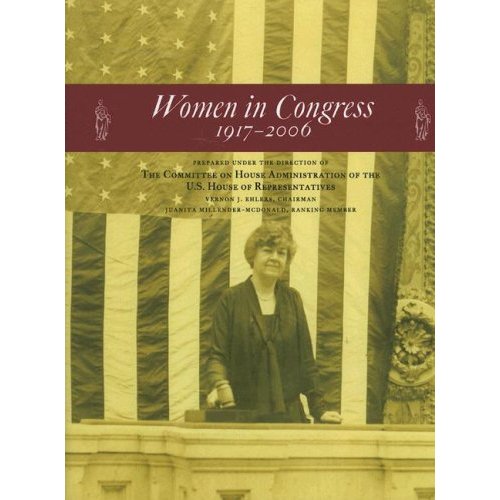 Women in Congress, 1917–2006 is the most comprehensive source available on the 229 women who have served in U.S. House of Representatives and Senate—from the first woman elected to Congress, Jeannette Rankin of Montana, to the new Members of the 109th Congress.  The book covers the breadth of the story of congressional women.   Profiles of the 74 women Members of the 109th Congress are covered in a separate section of the book and are arranged alphabetically. The book also includes:

Pictures of every woman who has served in Congress, including rare historical images Bibliographies for further reading and manuscript collection references Statistical graphs and charts Appendices on women's committee assignments; women committee and subcommittee chairs; women in Congress by state; and minority women in Congress A comprehensive index